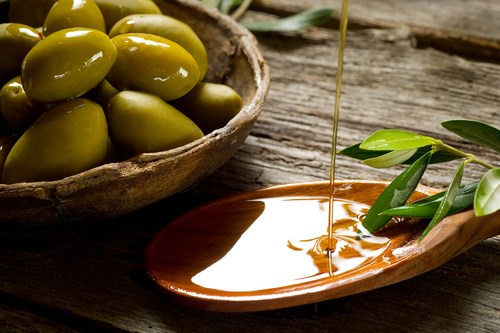 The fruit of the olive tree is widely consumed in the regions where it grows abundantly all around the Mediterranean. Olive, and more specifically olive oil, which is an integral part of the diet of the countries of the Mediterranean basin, would be the ingredient that would help to reduce the risk of diseases. 74% of the lipids contained in the oil are present as monounsaturated fatty acids. Those same ones that would help lower the rate of "bad" cholesterol (LDL) and increase the "good" cholesterol (HDL) level. The body is constitued of free radicals, which are protective molecules that the body secretes.

Paradoxically, when the body is submitted to stress or pollution etc... (oxydant stress) this one will produce so much that free radicals will be involved int the development of cardiovasculars diseases, certain cancers and other diseases related to ageing. Olive oil which is known for having a strong antioxydant power, will fight the proliferation of free radicals and thus also directly influence the development of these diseases. On the other hand, it is known that the variety and mode of conservation of olives are determining factors in the antioxydant capacity. It is estimated, for example, that the black olive would contain between 3 or 4 times more phenolic compounds than the green olive and thus a greater antioxydant capacity. According to studies, olive oil consumption would reduce the risk of coronary heart diseases among others if people follow a classic Mediteraneen diet. There are also links between the consumption of olive oil and the prevention of colon and breast cancer. Some well-known remedies consist by taking a spoon of olive oil every morning, with an empty stomach, to facilitate the intestinal transit and make working the gallbladder. It is also preferable to take a meal before. This, will activate the gallbladder and release the bile necessary for digestion of the lipids. 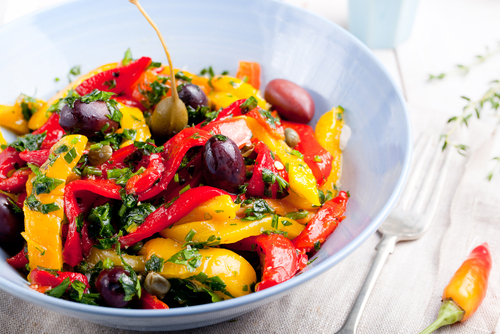 This diet is not really diet, since it rather corresponds to a way of life. In effect, Cretan diet comes from consumption habits from inhabitants of Crete, this beautiful island located in the heart of the Mediteraneen. A large number of its inhabitants are centenarians and a lot of scientists looked into the reasons of this longevity. Obtained results bring to the fore a specific way of dietary habits. A feeding rich in antioxydants and polyunsaturared fatty acids will reduce the cardiovascular diseases and cancers. This diet is a mediteraneen diet in favour of olive oil (30 L per year and per inhabitants), vegetables anf fruits.

Main food are : olive oil, fishes, eggs and dairy products, very few of red meat, a little of red wine, aromatic herbs, fresh vegetables, cereals, fresh fruits. However, no one should consume liters of olive oil per day but it is necessary to manage the proportion of unsaturated fats (olive oil) present in the feeding as compared to saturated fats (butter).